Growing more nutritious food with less resources: Piet van Adrichem showed the world how to do it

Our world population is growing every single day, and an increasing number of people need access to healthy and nutritious food. At Grodan, we believe that more sustainable food production is a critical solution for this worldwide challenge. That’s why today, on Sustainability Day in the Netherlands, we put a spotlight on someone who has contributed significantly to a more sustainable horticultural sector. Piet van Adrichem, a retired grower from the Netherlands, discovered fifty years ago that fruits and vegetables can be grown in a greenhouse on stone wool. With this innovation, the use of water and crop nutrition products could be significantly reduced. This sustainable way of growing today known as precision growing, and became the foundation of Grodan.

It started somewhere in 1969, when Piet was triggered by an article in a trade magazine:

“I read there was a ROCKWOOL test greenhouse in Sweden where cucumbers were grown on stone wool. That was something I had to see. So, somewhere in the autumn of 1975, I went on a work visit to Sweden and Denmark, together with Royal Brinkman,” tells Piet enthusiastically.

During this trip, Piet discovered that stone wool growing media made a significant contribution to the sustainable production of fresh food:

“If you plant a cucumber in soil, the plant has to use energy to obtain water and nutrition. But we found out that on stone wool, the cucumber needs a lot less energy. The plant will then put the stored energy into its fruit. Back then we had no idea that the extra yield would be so high.” 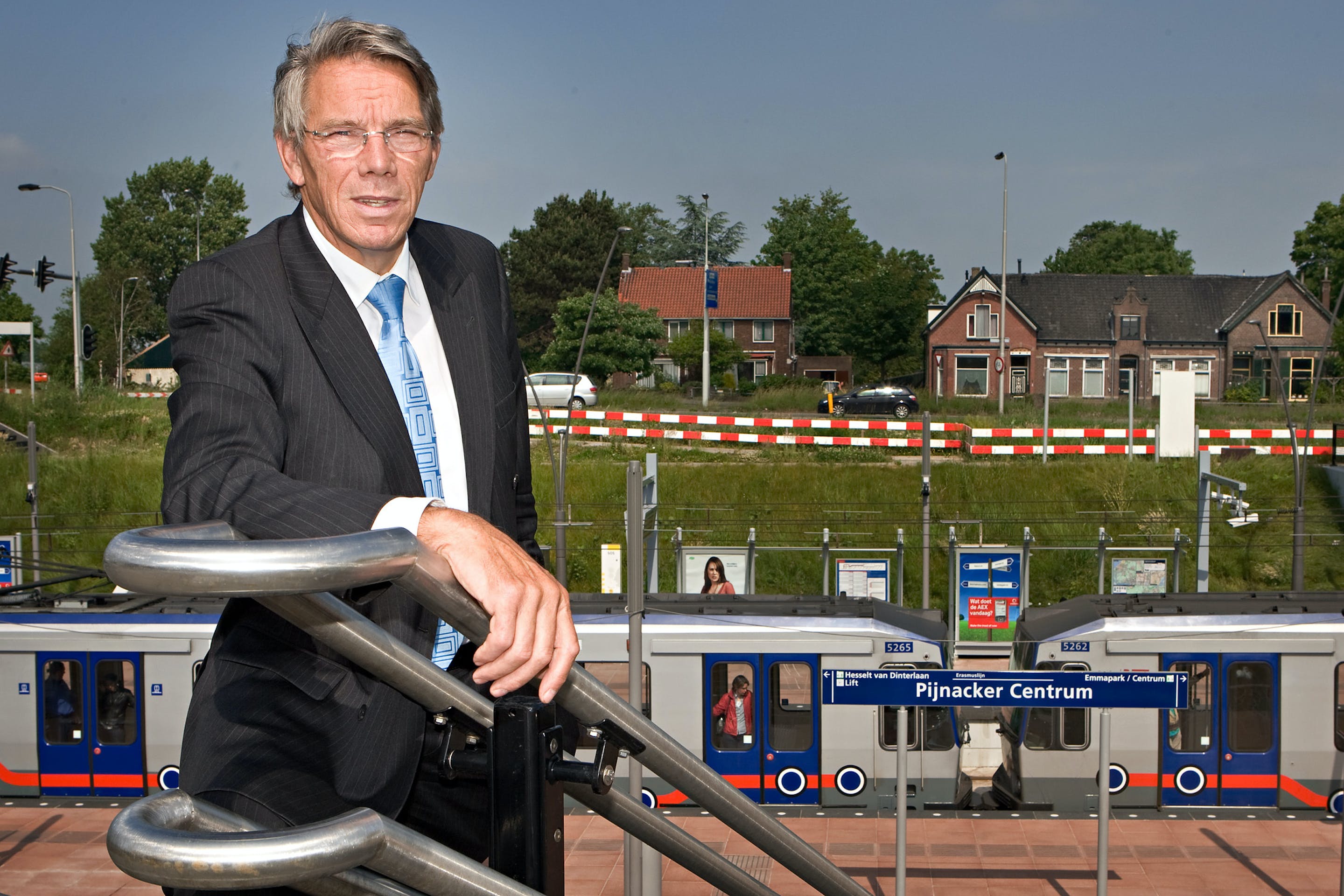 At the test greenhouse in Sweden, Piet and his partners from Royal Brinkman also learned about a solution to minimize water wastage in cultivation: drip irrigation. This method, originally from Israel, turned out to be the start of precision growing in the horticulture sector.

Piet: “We discovered that the soil no longer needed to be steamed or heated in winter. Meanwhile, production increased by 15 percent per square meter with less energy consumption and no extra crop protection products – all thanks to precise drip irrigation. You can irrigate the soil completely or give the plant exactly what it needs.”

Van Adrichem: “Back in 1975, together with my brother Wim, I leveled our entire greenhouse in Pijnacker, laid all the mats and switched over completely. It was an instant success. These cucumbers proved to have a better shelf life and better taste, and they even shone more. After Grodan settled in the Netherlands in 1978, things went really fast. By the 1990’s almost all greenhouse growers in the country had adopted stone wool substrate. Less than two years later, in the 1980’s, branch advisors from all over the Netherlands were on our doorstep out of curiosity. Because we could help save lots of water.”

Nowadays, according to Piet, drip irrigation is common all over the world and is saving lots of water worldwide. 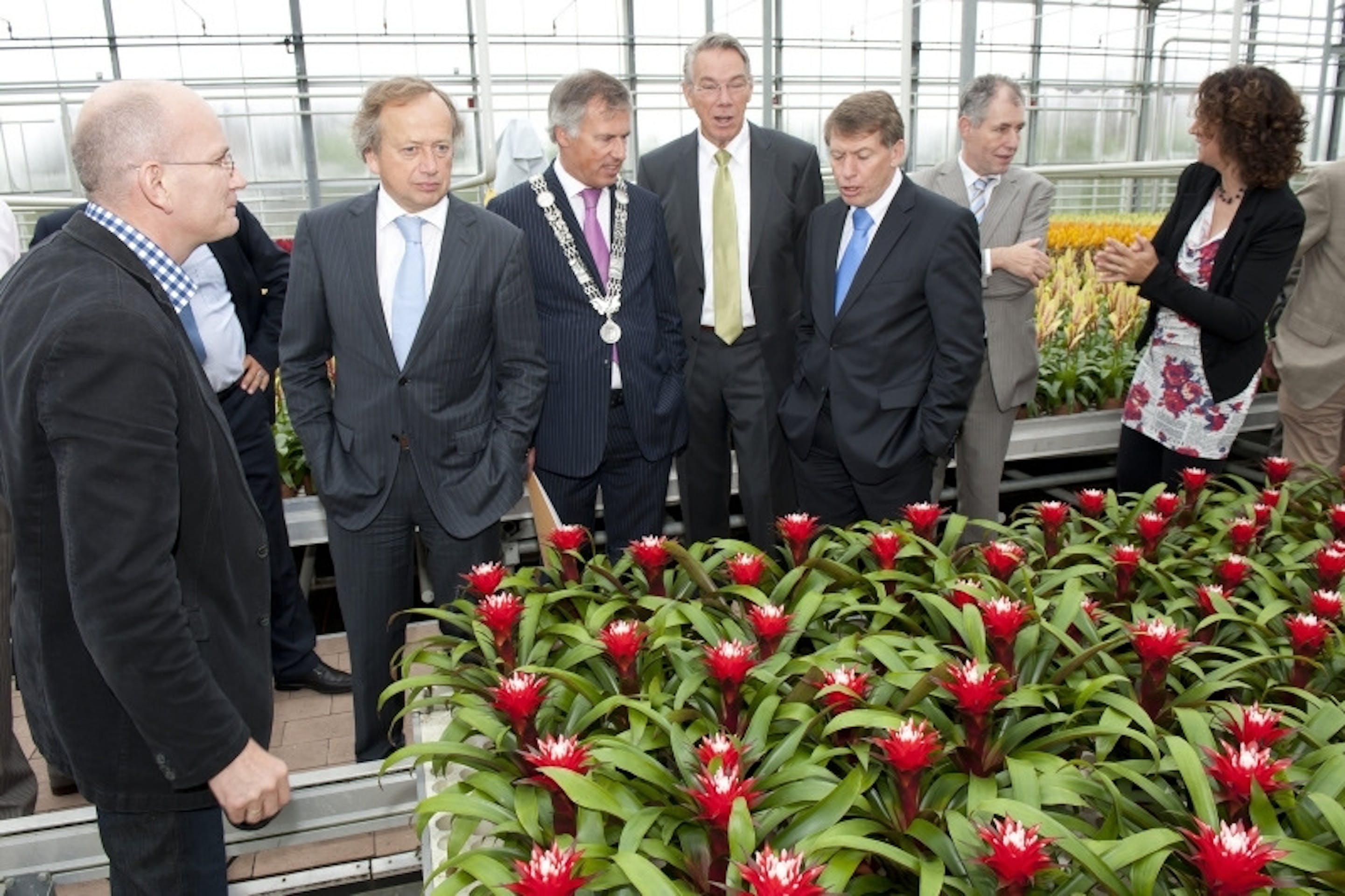 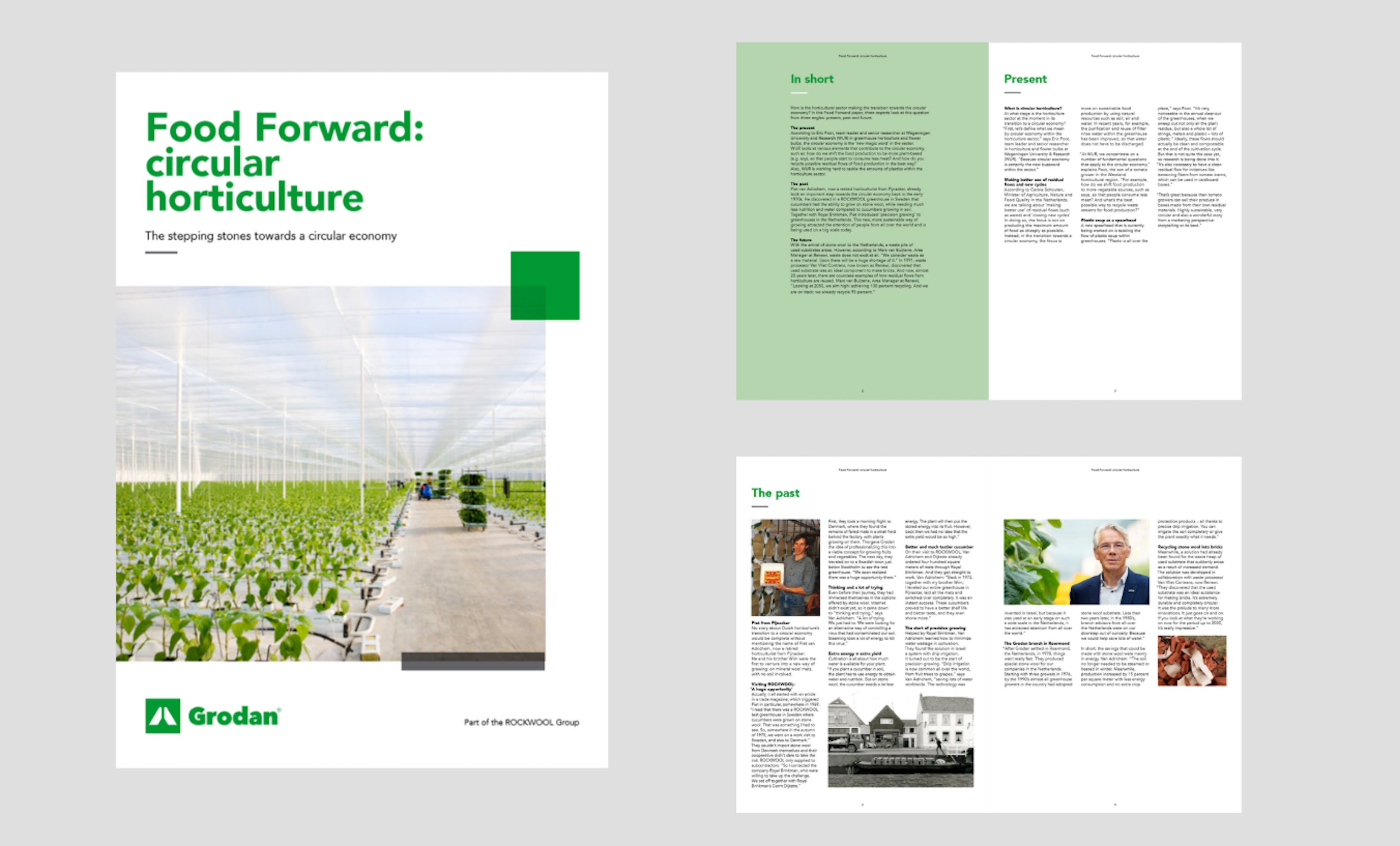 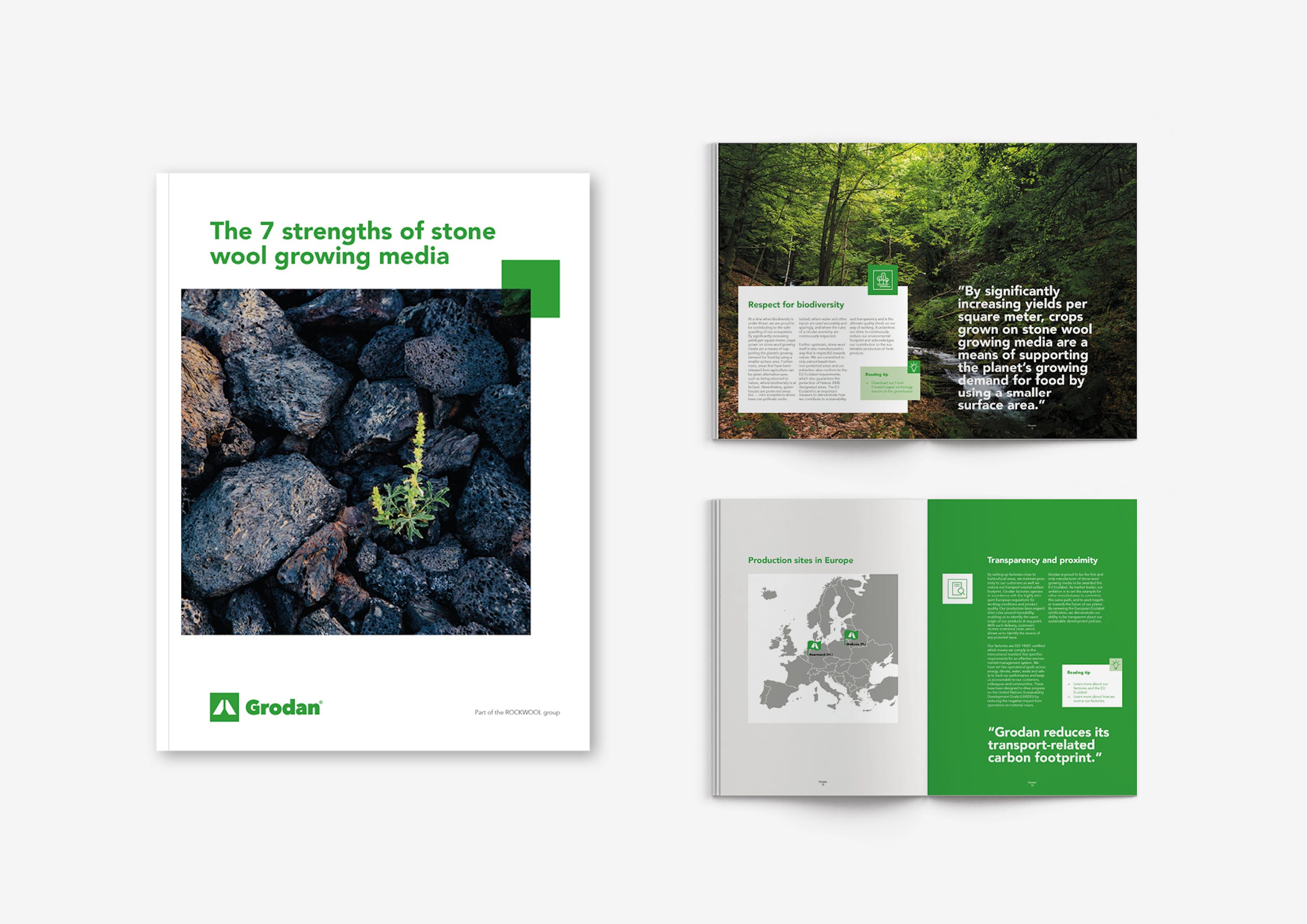 In our brochure we explain why stone wool is perfectly suited for growing healthy and fresh food efficiently and sustainably.

Grodan is member of the Dutch Potting Soil and Substrate Manufacturers Association (VPN). The objective of this association is to continuously improve the substrate sector. As such we, alongside with the other members, determine the policy agenda for growing media. During the member’s council, late June, the policy agenda “A strong, indispensable basis” was presented.

From parasitic wasps to clean substrates: How food safety is monitored in the greenhouse

According to the WHO, unsafe food causes over 200 illnesses around the globe, from diarrhea to cancer. Food can become unsafe when it is exposed to harmful bacteria, viruses, parasites or chemicals. Over the last few years our food-chain has become increasingly complex, with different players and global distribution.

Grodan, part of the ROCKWOOL Group, received the extension of its EU Ecolabel until 2022. After being awarded the EU Ecolabel in 2019, a yearly audit is part of the well-respected certification scheme. This makes Grodan the only eco-labelled stone wool growing media available to professional horticulture growers.