How to identify and treat bacterial canker

Bacterial canker (a.k.a. Corina), first described in 1910 in North America, is caused by the bacterial pathogen Clavibacter (Corynebacterium) michiganensis subsp. michiganensis.  It is a sporadic, but very important and aggressive pathogen of tomato (Lycopersicon esculentum) that can now be found in many countries throughout the world. Its occurrence tends to be erratic with several years of low reporting being followed by occasional years where the disease reaches epidemic proportions in one or other regions of the world. There is evidence for strain variation in the bacterium with some strains producing less severe symptoms than others. Whilst tomato is the primary host crop natural infections have also been reported on sweet pepper (Capsicum annuum), eggplant (Solanum melongena) and on several weed species in the Solanaceae e.g. S. nigrum, S. douglasii and S. trifolium. In addition, several weed species, including non-solanaceous hosts, have been demonstrated to act as reservoirs for epiphytic survival and spread though the full implications of this with respect to disease epidemics is not fully understood.

Download the Nursery management plan to learn more about the prevention of bacterial canker and how to threat the disease.

How to prevent bacterial canker

The disease can be manifest in two ways: - either as a systemic vascular infection or as a superficial or local infection. The wide array of different symptoms reported depend on various factors including the crop location (outdoor or protected), the prevailing climate, the timing of infection relative to the crop growth stage, agronomic practices deployed, the virulence (pathogenicity) of the particular strain of the pathogen involved. Yet, early recognition of the disease is essential if the disease is to be contained and, because the pathogen involved is so easily spread, extreme vigilance is required. All nursery personnel need to be made fully aware of the wide range of symptoms that can be expressed. Protected crops The initial symptoms are dull green water-soaked areas on the leaf between the veins. The water- soaked areas on the leaf quickly become necrotic and, to the untrained eye, this can be mistaken for a scorch due to sunburn or chemical damage. Affected areas can quickly coalesce to produce larger necrotic areas on the foliage (Figure 1.0). Down-curling and wilting of one or more lower leaves is also indicative of bacterial canker as the systemic infection progresses through the plant (Figure 2.0). 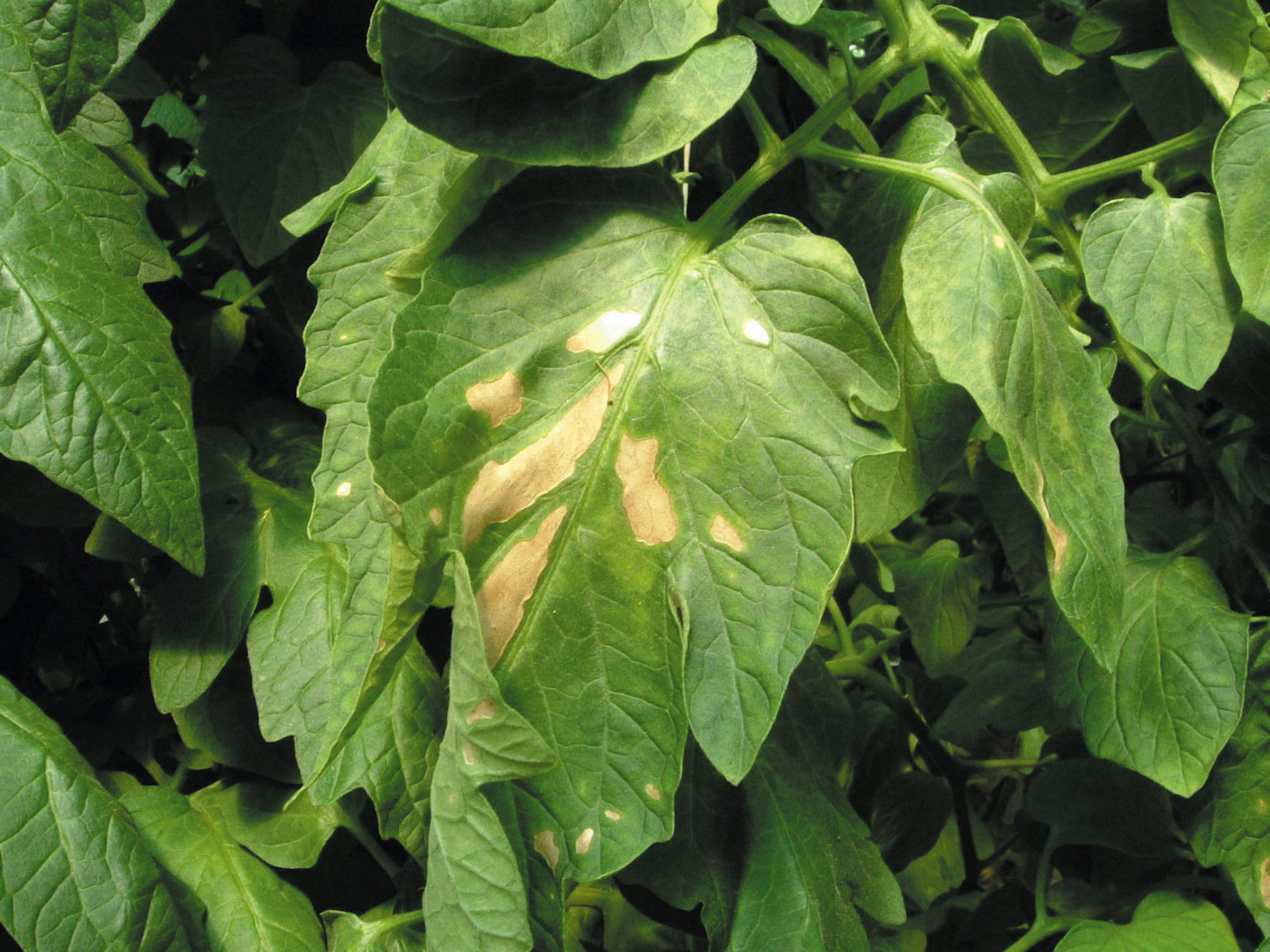 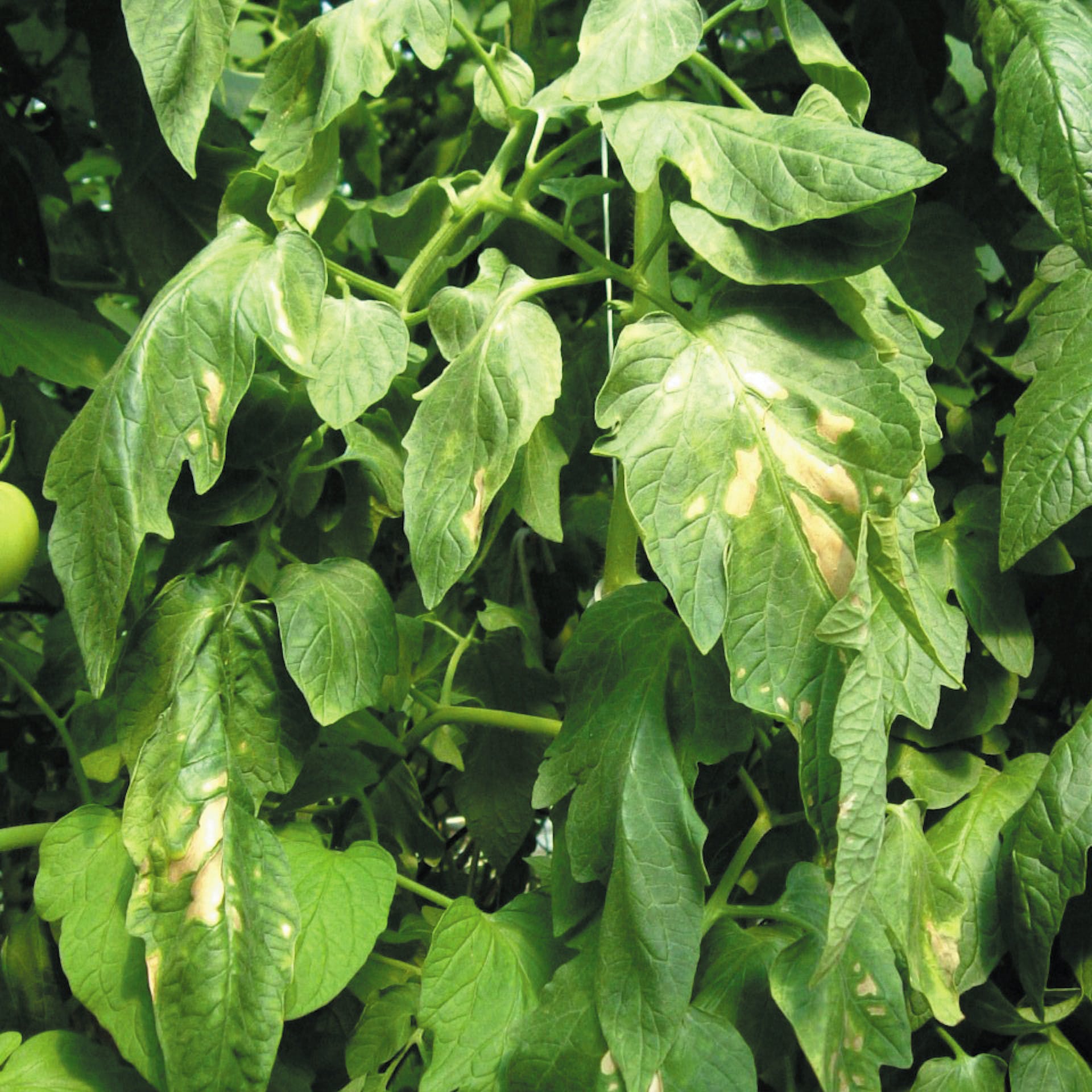 Figure 2.0
Down curling and wilting of lower leaves.

How to identify bacterial canker