As medicinal crops are being commercially produced around the world on an ever-bigger and more professional scale, growers are increasingly looking for ways to achieve more predictability and uniformity across batches and crop cycles. “By working closely with Grodan, we can help our customers to achieve successful cultivation methods that result in the best possible end product in combination with a fast return on investment,” says Franz Jozef Sima from lighting specialist Fluence.

As the fourth generation of a horticultural family, Franz Jozef Sima certainly knows a lot about crops, and also a lot about soilless growing. “My father grew both vegetable crops and ornamentals, and he was one of the first nursery owners in Austria to promote hydroponic cultivation. So he initially introduced to me ‘alternative’ growing media such as clay pebbles and stone wool, and then at around 20 years of age I started conducting small experiments of my own. Over the past 15 years, I have been lucky enough to be involved with medicinal crop cultivation sites throughout the world,” says Sima. He first worked directly with the Grodan team when he was involved in a three-year project for a 6,000m2 indoor facility producing medical crops in Macedonia, which has since become a key supplier to the German pharmaceutical market.

A few months ago, Sima was hired as a Horticulture Service Specialist for medicinal crops by LED lighting specialist Fluence, which was recently acquired by the world leader in lighting, Signify. “The production of medicinal crops has come a long way from being grown in people’s attics, basements or on balconies. Today, they are cultivated on a commercial scale in precisely controlled environments, on sterile growing media, in sterile air and fed with clean nutrients,” he comments. “These are top-quality pharmaceutical products that consistently must meet the highest standards in terms of cleanliness, safety, uniformity, potency, yield and also return on investment (ROI) – with no compromises. At Fluence, our aim is to help our customers to achieve the highest ROI for their medicinal crop project in the most efficient way possible based on validated cultivation methods using our lighting solutions.” Read more? Download the whitepaper down below. 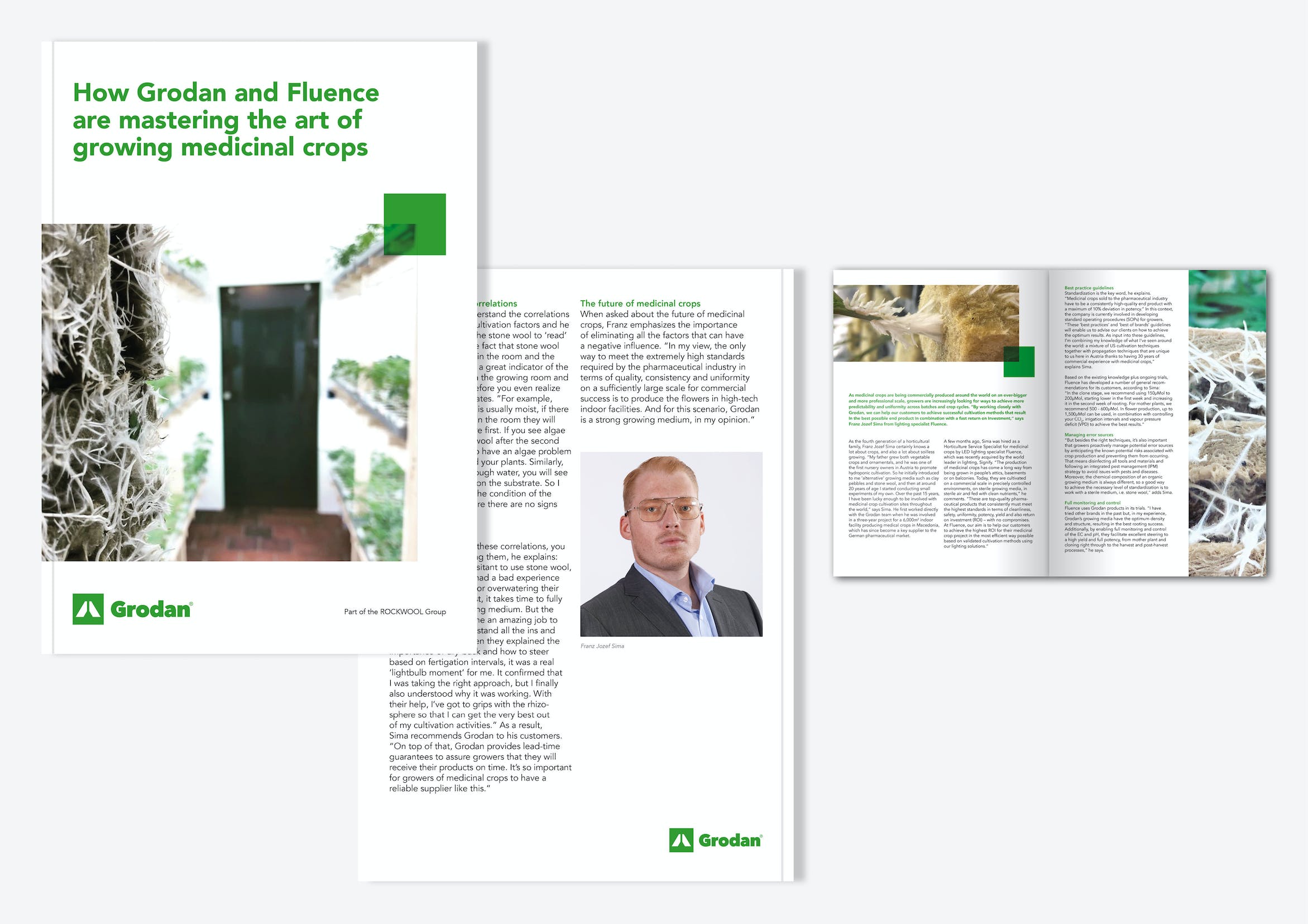 How Perfect Plants converted the crisis into new opportunities

With over 40 years of experience in international biogenetics and tissue culture, Perfect Plants produces more than 30 million plants per year: 150 crops in more than 2000 varieties. When demand for young plants fell sharply during the crisis in 2006 and 2007, they kept doing what they were already good at, but in a new market.

At CANN Group, we transitioned our Melbourne indoor facility's production system to Grodan rockwool in 2019 and instantaneously achieved a 20% increase in biomass while maintaining crop quality. Since the update to the Grodan Max product range, we've achieved a steady increase in yield through the optimisation of our crop-steering strategy for each of our unique cultivars.